Yeondu High School (Hangul: 연두 고등학교 ; RR: yeondu godeunghaggyo) is a fictional High School located in Seoul in South Korea, it is the main setting of White Day, the remake and Swan Song throughout the story.

It was a location of several paranormal incidents that occurred in between 1995 and 13 March 2001.

Besides being the main setting of White Day, it plays a big role to how and why it's haunted. Several ghost stories can be found in the school's classrooms and other rooms, which reveal the origins of some ghosts and the history of the school during the past the Korean war. It also contains "The Labyrinth" in the other world.

Yeondu High School is composed of 3 buildings, the main building is split into two Sections/Areas. The new building is the most recently established part of the school and as such, it uses the most modern resources and recent technology at the time. The Labyrinth is a different location itself but its also set in the after life / otherworld of the school.

Many people died in this location, whether oppressively or naturally. But the authenticity of these rumors are very difficult to verify.

In terms of Feng Shui, that site is an auspicious location. But, that site is also dangerous (Because, the Qi is strong ) If Qi is distorted, then a lot of people are killed.[note 1]

It is believed that the school was established or reestablished after the Korean war ended in 1953, thus a Coin currency was created in the same year.[1]

In 1995[note 2][citation needed] several paranormal events took place in the school and there were reports of several suicide cases.

"You are going to help me out!"
This section requires expansion. You can help The School: White Day Wiki by expanding it.

From the period ranging from 1998 to 2001, several death and suicide cases occurred and where increasing, a girl died in a fire accident, another girl committed suicide in the school[citation needed] and the music teacher committed suicide while studying the unexplained death cases, the strange hauntings and the amulets or is believed to have done it out of grief or some other unexplained reason. A woman lost her mind and became crazy. While several other students are believed to have died in this period or the years before it.

The Master of the Labyrinth

In the mobile version it is revealed that a Geomancy member who made the Amulets, heard from the headmaster that the amulets had a problem, so he sneaked into the school and spreaded the School Ghost Stories so that people won't come to the school at night, and made the Janitors possessed, in order to kick out anybody who comes to school in the middle of the night.[3]

In the night of March 13, 2001, a Paranormal Incident occurred when the amulets locations were changed, disturbing the Qi energies that were locked in and caused the spirits/ghosts to show up occasionally, both Janitor's were also possessed and the Master of the Labyrinth used this as an opportunity to get the amulets to form her labyrinth and possess a body of a healthy victim after her previous failed attempts with Han Na-young and Kim Seong-ah.

Lee Hui-min entering Yeondu at the night of 14 March (Original).

The School's Front Exterior appearing in the title screen of the Remake.

Miniature models of School (Remake)
Add a photo to this gallery 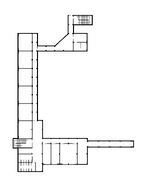 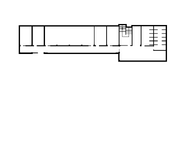 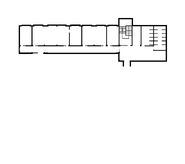 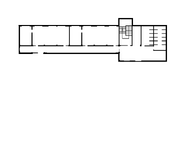 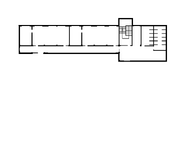 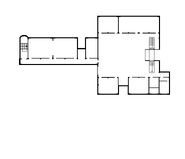 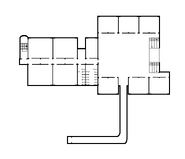 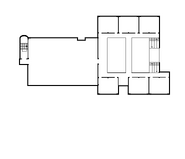 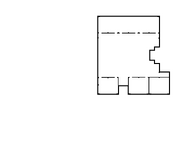 Retrieved from "https://whiteday.fandom.com/wiki/Yeondu_High_School?oldid=15462"
Community content is available under CC-BY-SA unless otherwise noted.