The Kid Solving a Problem

Hard mode and above

It appears in front of the blackboard when you enter the classroom.

※ She appears on Hard mode or above.

You need Bloody Workbook & Chalk for her appearance condition. 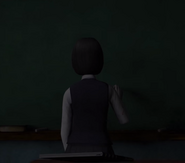 Remake appearance of Na-Hyae, writing on the chalkboard.

Na-hyae, writing on the chalkboard (leftover from Original game) 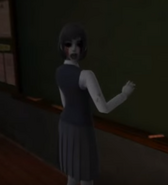 Retrieved from "https://whiteday.fandom.com/wiki/Na-hyae?oldid=19097"
Community content is available under CC-BY-SA unless otherwise noted.