What's on your mind?

So I'm in the New Building and the crazy lady does her spiel and chases after me. I run up to the 4F security alarm and perform both QT events SUCCESSFULLY. My dude pulls the switch, looks around, stares at the woman...and then she stabs me and kills me as if I failed to dodge her before.

I have tried to get past this so many times and nothing has worked. I even tried saving the game in the 2F area near the labs before bringing the water token to the door.

This is seven hours of gameplay completely wasted, as it seems I'll have to play through the game all over again to try to fix it. Has anybody else encountered this?

I need help with this clock puzzle The Greenwich clock is on 12:8 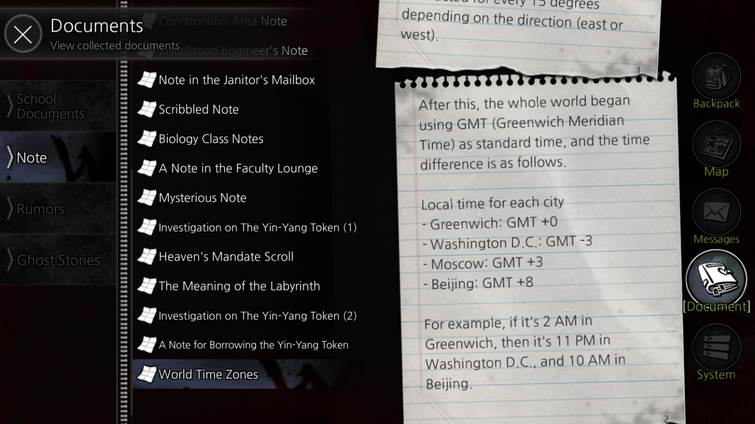 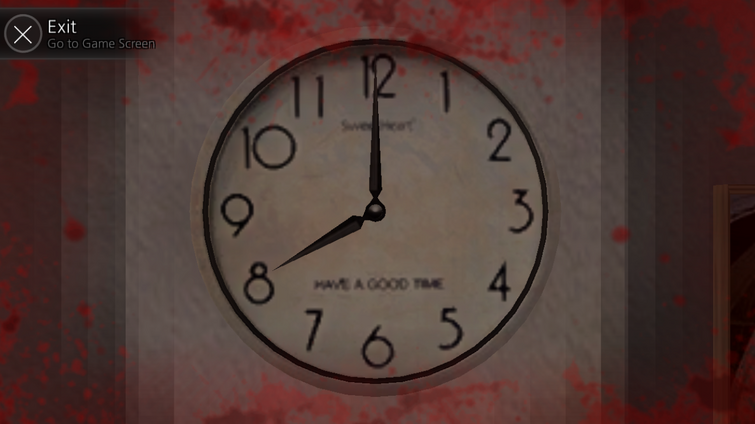 Hi! So I’ve been playing the original white day game and I can’ seem to figure out the clock puzzle. I know it comes off randomly so I’m going to just list the note and times here: the gmt in Greenwich

The clock times in my playthrough is

If you can help me figure this out that would be great thanks! ?

So if you want to get 'White day mobile version' for free, you should install it right now.

The name of this game is '화이트데이: 담력시험' (Translation - 'White Day: courage test'). 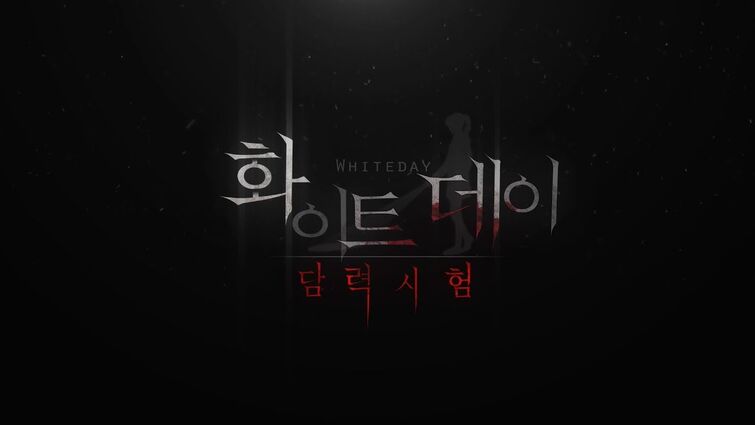 there is a way to extract the building parts for blender ?

There has been a lot of negative reviews from koreans.

Mostly are DLCs, which are ridiculously overpriced for separate costumes and as well as bugs.

The base game price is incredibly ridiculous.

It would have been better of with $15 to $20. I understand that the new scenario and better features do require more cost but I don't think that it should be higher than $25.

It would have been POSITIVE if these are changed:

Separate costume DLCs are packed into bundles and are cost around $5.

Prices are reduced to $20 or lower.

Side Note: It uses Denuvo. It won't last long anyways.

I rather go and find a [CENSORED] version of White Day.

P.S: I made a promises on hacking the costumes into the game. I will see into that if it's possible.

ROI Games has announced that they changed their company's name is 'Sonnori' again.

Many thought that 'Sonnori' was acquired by another company, but 'Sonnori' is presumed to remain in the corporation registration.

(Maybe, When Lee Won-sool left a 'Turnon games', he did re-registered the company in the registration of corporation.)

CEO Lee Won-sool said, "Today, I am truly delighted to announce the start of the new Sonori (2017-07-14) on the 25th anniversary (1992-07-14) of the establishment of Sonnori. And I think it's because of the gamers that have shown so much support that this company has been able to start again. I want to say thank you to them, and I will do my best in the future."

This week's update is an interview video with Ji-min's voice actor.

And in the video, You can see Yoo Ji-min's In-game scene.

This week is a introduction of New character information.

2nd Week : A description about control and system changes

3rd Week : A Introduction of New character information <--This Week

She is a 1st year student at Yeondu high school student.

She is fascinated by So-young and admires her.

She meet a Hui-min for the first time and She regard him as a harmful bug hovering around So-young. So she is extremely alert for him.

This week is a description about control and system changes.

2nd Week : A description about control and system changes <--This Week

* Appearance Condition change of Some Ghosts / Ghost's effect is reformed

hi, Any idea how to solve this bug? Chapter 3 getting the key out of the light fixture . I turned the lights on in the hall but the key is still stuck.

ROI Games has announced that they will be releasing information about the 'White Day PS4 / PC version sequentially on White Day official Facebook page.

They said the information was posted once a week.

4 updates are posted, but that update can continue after.

2nd Week : A description about control and system changes

The first update is a Visual Upgrade.

That post introduce the enhanced visual of the PS4 / PC version compared to the Mobile version.

This is the reddit for the wiki and white day fans

hello guys, I have seen the file haunted1f.bsp. The file shows ( with BSPviewer ) a floor with stairs. I never seen this place ingame. It was an unfinished project of a sequel ?

As you all know, since 2001, White Day's source material and language has always been Korean, so for the wiki's article pages and pages written in-universe style, we will rely on the Korean source material, even if certain things were omitted out in English localisations (or Japanese localization; which I hope after the Japanese release a Japanese wiki gets made by fans so we can have language selection in the wiki, along with a Korean wikia) in most cases, like Documents pages, we will have both Korean, English, English (Fan Patch), English (Community Patch), English (Sonnori) or whatever naming method that fits. Any thoughts?